Home News Technology that fixes your bad back
News

Technology that fixes your bad back 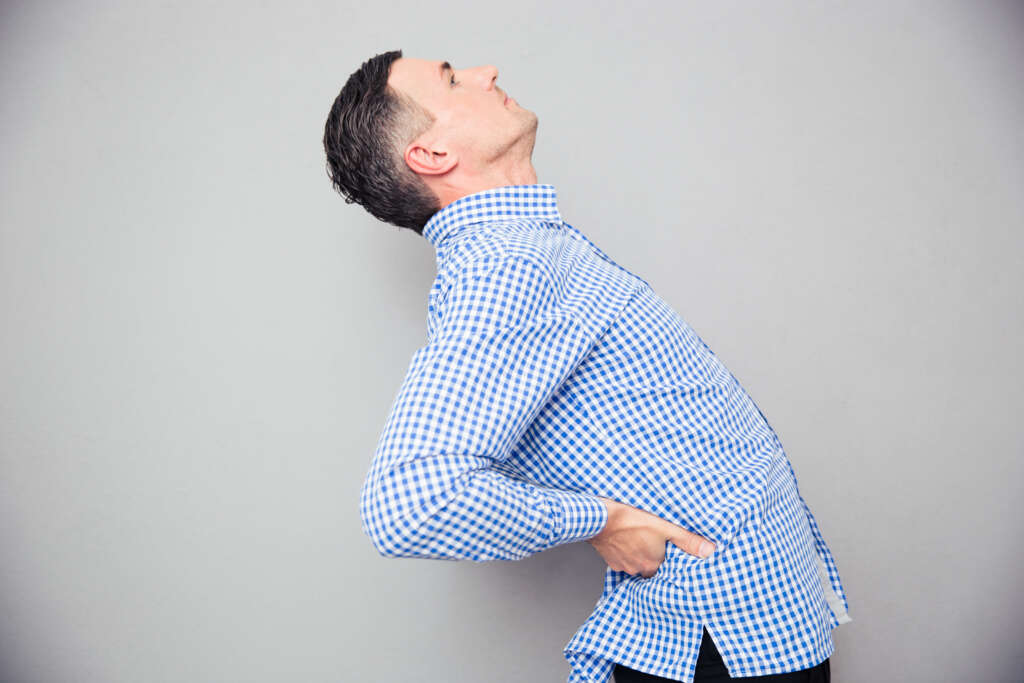 How a robot that solves back problems came into being

Discovering the importance of the centre of the back

One day, I got a very pleasant surprise. One of my patients, who had been suffering from chronic achilles tendon pain, reported great improvements. What some might find particularly surprising was that this improvement was not in response to any treatment of their Achilles, but rather the mobilisation treatment I had applied to their lumbar spine. This was a different approach from conventional physiotherapy for Achilles tendinopathy, which focuses on stretching and strengthening the tendon area where Achilles tendon pain is felt.

Similarly, another of my patients’ long-standing tennis elbow pain decreased substantially when I mobilised the cervical C5 – C7 vertebrae in their neck, rather than following the standard template of treating the elbow region directly. My clinical experience consistently showed that there was a meaningful correlation between spinal mobilisation treatment and symptom improvements in the wrist, elbow, hamstring, knee, calf, ankle and other parts of the limbs.

But it was not as though I had made a ground breaking discovery. In fact, many published studies in medical and physiotherapy journals showed that chronic musculoskeletal conditions such as Carpal Tunnel Syndrome in the wrist, or Tennis/Golfer’s elbow, or Achilles tendon, often have their roots in the spinal vertebra area, which is the source of the nerves that are embedded in those muscles and joints. Yet the abundant clinical evidence found in those studies was not finding its way into physiotherapy training and, as a result, these important findings were not adopted in physiotherapy practice, to the disservice for patients.

By working with thousands of patients who visited my practice in Edinburgh over the years, I learned that the vast majority of chronic symptoms experienced in the head, shoulders, arms and legs could improve markedly, and often surprisingly fast, when the neurologically corresponding vertebrae – i.e. the parts of the spine which were connected by the nerves to the area experiencing pain – were manually mobilised. Over time, I gradually extended the application to other patient groups, such as chronic pain and Multiple Sclerosis (MS); the UK has one of the highest incidents in the world of the latter.

In 2013, I was very eager to find out if the spinal mobilisation concept could actually make a real difference to MS, and went on to organise a six months long case study in which 23 patients living with the condition were invited to my practice. Each patient received 40 minutes of spinal mobilisation weekly (8 sessions in total). I was delighted when 20 out of 23 patients showed improvements in one of their major MS symptoms, including mobility, energy level and pain.

Inception: Translating the human fingers to a robot

In July 2013, the Sunday Times published a story about leading Scottish actress Alison Peebles, who reported significant improvements to her three decades long MS condition thanks to my spinal mobilisation work, enabling her to resume her acting career. From that point on my practice became inundated with patients, not just for MS but also chronic pain and other conditions. Some of them travelled from as far as France and Egypt. I also travelled across the UK to Oxford, Inverness, Hereford, Glasgow and Aberdeen to meet patient groups requesting my treatment.

The reality was that most patients could not afford the cost of £50 per session (which would probably have increased to £60 today), especially many who had limited income due to their deteriorating health. Also, some patients traveled up to several hours to see me, which severely undermined the impact of my treatment. Travel by car, air or train often meant sitting down for long hours, which caused back stiffness and in turn worsened the symptoms I was treating. Moreover, I could only see one patient at a time, hugely restricting the amount of treatment I could offer and my ability to address the pain points that had such a big impact on my patients’ wellbeing.

I spent a long time trying to find a solution before my “eureka” moment: The solution was a machine. A robot that could replicate the treatment I was giving patients with my hands. In fact, when I analysed the different components of my therapy, 90% of the work consisted of repetitive mechanical movements, in which my four fingers applied sustained pressure to the side of the spine for 40 minutes to mobilise the vertebrae and release stiffness. Maybe the robot could do a better job than me. It would have many more fingers and be able to apply the required pressure consistently over time, without getting tired (as my fingers often did). I often wished I was an octopus on busy days. That afternoon, I went to a local B&Q and purchased MDF panels, bolts, nuts, screws, springs and other metal parts and started building my robot – not knowing at the time that it would take another six years until the work produced a product that did what I wanted it to.

I had thought I was saying goodbye to my engineering skills when I decided to pack up my career with Hyundai in Seoul to train as a physio in Edinburgh. But here I was, an engineer again.

A good starting point was to establish what the fundamental ingredients for effective spinal mobilisation were. The angle at which the fingers travelled to apply force was key. So was the landing point at which the fingers began treatment at the side of vertebrae in the back. The amount of force applied at the landing point was also critical. As was the diameter and hardness of the fingertips through which the pressure was transmitted. In addition to those mechanical points, a personalised treatment experience was important too, as everybody’s back is different in length, shape and size. And, by the way, how could I finance it? Would it ever really work? The fleeting doubts came and went.

Two and half years later, the first version, (under the brand Robo-Physio) was produced, financed by my physio patients, UK and Scottish Government support as well as venture capital investment. 40 customers purchased the device and a great deal of feedback was acquired. We continued our R&D over the next three years, dramatically changing the design and perfecting the technology, and now we have BackHug, six years after my eureka moment in the clinic.

BackHug is an innovative smart device that offers personalised back therapy with 28 robotic fingers. When a user lies down on the device, the fingers scan their body, from neck to lower back, and adjust their position to fit their individual back shape. The fingers then apply deep tissue pressure around the spinal vertebrae, from the neck to lower back, as well as the shoulder blades. Fully operated with an intuitive smartphone App, users can adjust the strength, speed and treatment area in real-time to personalise their experience. The App’s 1:1 chatbot physiotherapy consultation allows users to answer a series of questions about their symptoms and lifestyle, and then produces a tailored treatment programme to meet the user’s specific needs from over 2,000 possibilities.

AI powered Spinemap development is currently underway. When completed in 2022, Spinemap will monitor user back tension changes during the session and over time. It will then optimise the treatment programme in real-time based on analysis of that data, continually enhancing the personalised treatment experience. This is all available to customers in their own home for unlimited use at an affordable price.

We know this is only the beginning of our journey – to ultimately achieve our founding objective of helping people improve their health and well-being so that they can lead their life to the fullest.

“BackHug has completely changed my life. My back is now completely relaxed and I’ve had very little issues. I am thrilled this is a device I can use at home without travelling anywhere and it certainly works out a lot cheaper than manual sessions. BackHug keeps me supple and full of energy and I wish it had been around a lot sooner”  – John Vickers, Living with MS, Yorkshire

“The BackHug is really brilliant. I’ve not had a back issue since it came to the house.”  – Chris Mair, chronic back pain sufferer, MD of New Wave, Edinburgh

“I am so happy that I could lift my foot, for the first time in 10 years” – Margaret Fotheringham, Living with MS, Glasgow

Better Investment in Employees is a Top Trend for 2021

Six ways to ensure you aren’t paying too...

Beyond the Human Eye

March 21, 2022
Editorial & Advertiser disclosureEditorial & Advertiser disclosureOur website provides you with information, news, press releases, Opinion and advertorials on various financial products and services. This is not to be considered as financial advice and should be considered only for information purposes. We cannot guarantee the accuracy or applicability of any information provided with respect to your individual or personal circumstances. Please seek Professional advice from a qualified professional before making any financial decisions. We link to various third party websites, affiliate sales networks, and may link to our advertising partners websites. Though we are tied up with various advertising and affiliate networks, this does not affect our analysis or opinion. When you view or click on certain links available on our articles, our partners may compensate us for displaying the content to you, or make a purchase or fill a form. This will not incur any additional charges to you. To make things simpler for you to identity or distinguish sponsored articles or links, you may consider all articles or links hosted on our site as a partner endorsed link.