Home Technology SHOULD WEB DEVELOPERS BE GETTING EXCITED ABOUT A LITTLE FLUTTER?
Our website publishes news, press releases, opinion and advertorials on various financial organizations, products and services which are commissioned from various Companies, Organizations, PR agencies, Bloggers etc. These commissioned articles are commercial in nature. This is not to be considered as financial advice and should be considered only for information purposes. It does not reflect the views or opinion of our website and is not to be considered an endorsement or a recommendation. We cannot guarantee the accuracy or applicability of any information provided with respect to your individual or personal circumstances. Please seek Professional advice from a qualified professional before making any financial decisions. We link to various third-party websites, affiliate sales networks, and to our advertising partners websites. When you view or click on certain links available on our articles, our partners may compensate us for displaying the content to you or make a purchase or fill a form. This will not incur any additional charges to you. To make things simpler for you to identity or distinguish advertised or sponsored articles or links, you may consider all articles or links hosted on our site as a commercial article placement. We will not be responsible for any loss you may suffer as a result of any omission or inaccuracy on the website.
Technology

SHOULD WEB DEVELOPERS BE GETTING EXCITED ABOUT A LITTLE FLUTTER? 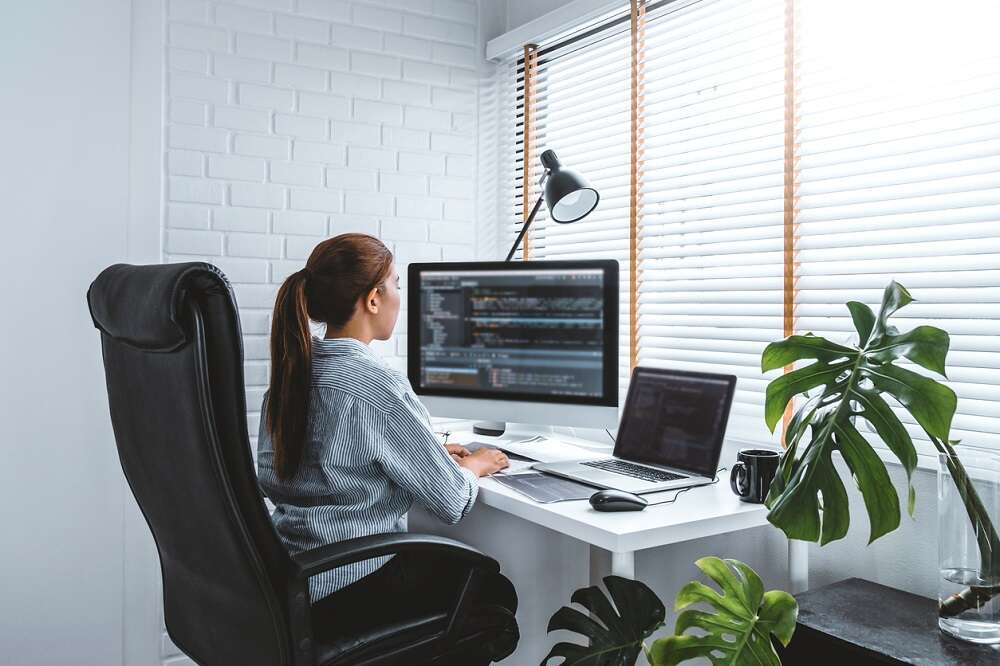 Jindrich Pikorafrom Prague and London based web and app developers, www.applifting.cz, introduces us to Flutter, a new software tool that is empowering and speeding up app development.

According to Statista there are now over 6 billion smartphones being used across the globe so it’s no surprise that the number of apps available to users is increasing all the time. New apps are constantly being developed, some getting millions of downloadsand others just a handful of downloads. Flutter – Build apps for any screen

The developers behind these apps have many different tools at their disposal. One of them is Flutter, which has become increasingly popular in the last couple of years so for this reason it’s a good time to look at this app development platform.

Flutter is a framework developed by Google that allows you to create mobile apps for iOS, Android, and other platforms using a single source code. It is a cross-platform technology with which you can develop several apps at the same time. Compared to going native, it comes with several perks, such as speeding up the overall process of development; there are, however, also a couple of disadvantages too but let’s go into that later.

The first mentions of Flutter appeared in 2015, but it was only in December 2018 that the first stable release was out. Nowwe have Flutter 3.0, which compared to the previous releases is more secure, powerful, and packed with more features. Originally, it was used to develop mobile apps only, but this has now been extended to web applications and macOS, Linux, and Windows apps.

Its important to remember that Flutter is not a language but a framework. It is written in a language called Dart, which was also developed by Google a few years ahead of Flutter. Dart was primarily developed to go up against JavaScript in the field of web applications,but it only got into its stride with the arrival of Flutter. It is worth mentioning, however, that both Dart and Flutter are open source, so their source code is freely available.

The pros and cons of Flutter

Flutter isn’t the first attempt at making a tool for creating cross-platform apps. It is predated by Xamaric, Ionic, or React Native, to name a few. Nowadays, Flutter is the most popular of those so how does it fare in comparison to Swift and Kotlin in terms native mobile app development for iOS and Android?

When to use Flutter

Due to the advantages mentioned above, developing cross-platform apps in Flutter is in high demand. Even larger companies use Flutter for their apps, such as Alibaba, BMW, or even Google itself.

Consequently, some developers thought that native development is no longer needed and everything should be developed in Flutter. That is not the case. We must not forget its shortcomings, which make developing native apps for each platform separately the better choice.

As has been mentioned before, you can use Flutter to develop desktop apps as well, though it isn’t that common. Web development is suitable only for a couple of web apps—like those dealing with administration, games, and graphically demanding systems. On the other hand, it’s not suitable for your run-of-the-mill websites. There are certain limitations that it comes with, like some packages not being supported or the lack of browser optimization (SEO).

Where does Flutter shine?

Flutter is a great choice for small-scale apps that often just display and send data to a server. In such cases, you won’t find yourself running into trouble during the development, you will progress quickly, and you’ll need just one team of developers instead of two

It’s also suited for app prototypes or swift product validation. While there are other tools for prototyping, they are often locked away behind paywalls, and experience is needed to make their use worthwhile. In comparison, Flutter is universal, and its strength lies in the Dart programming language, which lends itself well to implementing prototypes.

When to think twice about using Flutter

It is possible to develop larger apps with Flutter, but they shouldn’t come with too many native features. You also need to be prudent and consider whether the app will scale massively and what other features might be required. Then the disadvantages might be more obvious. But if all these concerns are taken into consideration, there is nothing stopping you from getting on with development.

Flutter is still a somewhat novel tool for developing cross-platform mobile apps, but over the course of its existence, it has come out on top as the most sought-after one. Much like any other technology, it has a share of benefits and challenges. Before you commit to using it, it’s important to think through the features your app will have and whether choosing Flutter will speed things up for your developers. If you get the balance right,using Flutter for app development is then a great choice.

Three Ways to Stay Cyber Secure During the...

Are businesses using social media in the best...

Do You Speak Machine?