Home News Japan’s economy likely shrank in Q3 on weak consumption, output – Reuters poll
Our website publishes news, press releases, opinion and advertorials on various financial organizations, products and services which are commissioned from various Companies, Organizations, PR agencies, Bloggers etc. These commissioned articles are commercial in nature. This is not to be considered as financial advice and should be considered only for information purposes. It does not reflect the views or opinion of our website and is not to be considered an endorsement or a recommendation. We cannot guarantee the accuracy or applicability of any information provided with respect to your individual or personal circumstances. Please seek Professional advice from a qualified professional before making any financial decisions. We link to various third-party websites, affiliate sales networks, and to our advertising partners websites. When you view or click on certain links available on our articles, our partners may compensate us for displaying the content to you or make a purchase or fill a form. This will not incur any additional charges to you. To make things simpler for you to identity or distinguish advertised or sponsored articles or links, you may consider all articles or links hosted on our site as a commercial article placement. We will not be responsible for any loss you may suffer as a result of any omission or inaccuracy on the website.
News 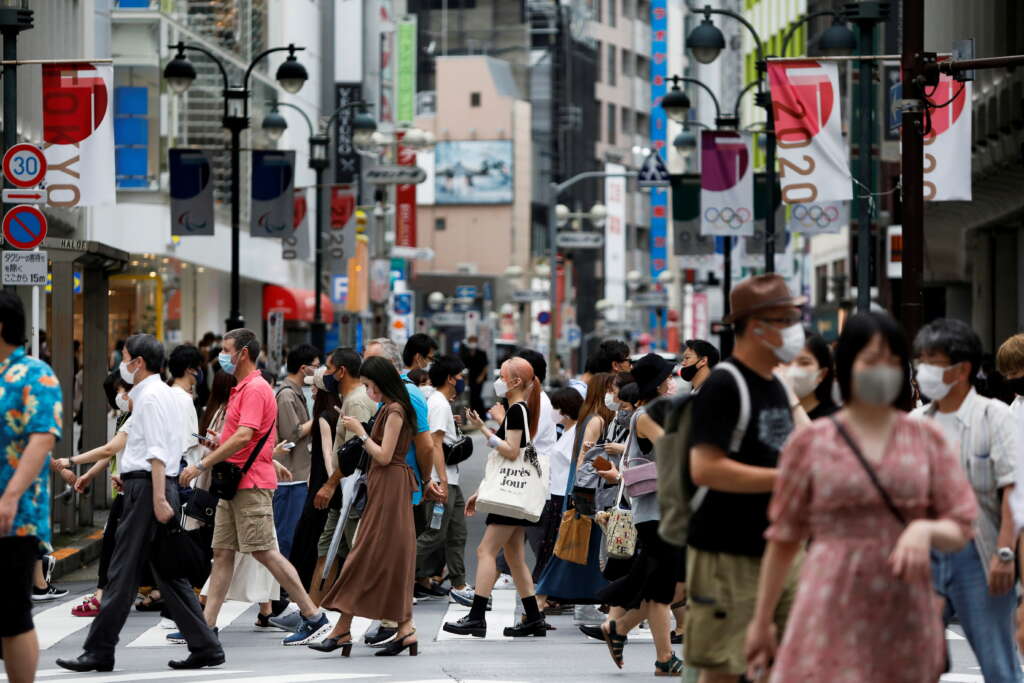 While analysts expect growth to rebound in the current quarter, the weak data would reinforce expectations Japan will lag other countries in withdrawing crisis-mode stimulus steps.

The world’s third-largest economy likely shrank an annualised 0.8% in July-September after expanding 1.9% in the previous quarter, due largely to an expected 0.5% slump in consumption, according to analysts polled by Reuters.

External demand neither contributed nor shaved off gross domestic product (GDP) and capital expenditure shrank 0.6% from the previous quarter, the poll showed, a sign corporate activity may be losing momentum after having served as a driver of growth.

“Service spending will recover as vaccinations proceed. But fears over another wave of infection could weigh on consumption next year, adding to headwinds such as the prolonged impact of chip shortages and worsening terms of trade,” he said.

Japan’s economy emerged from last year’s initial hit from the pandemic thanks to robust global demand. But a string of emergency curbs to combat the pandemic weighed on consumption and delayed a sustained recovery in growth.

While the Sept. 30 lifting of curbs is expected to prop up consumption, chip shortages, rising raw material costs and supply chain disruptions have hit output and exports.