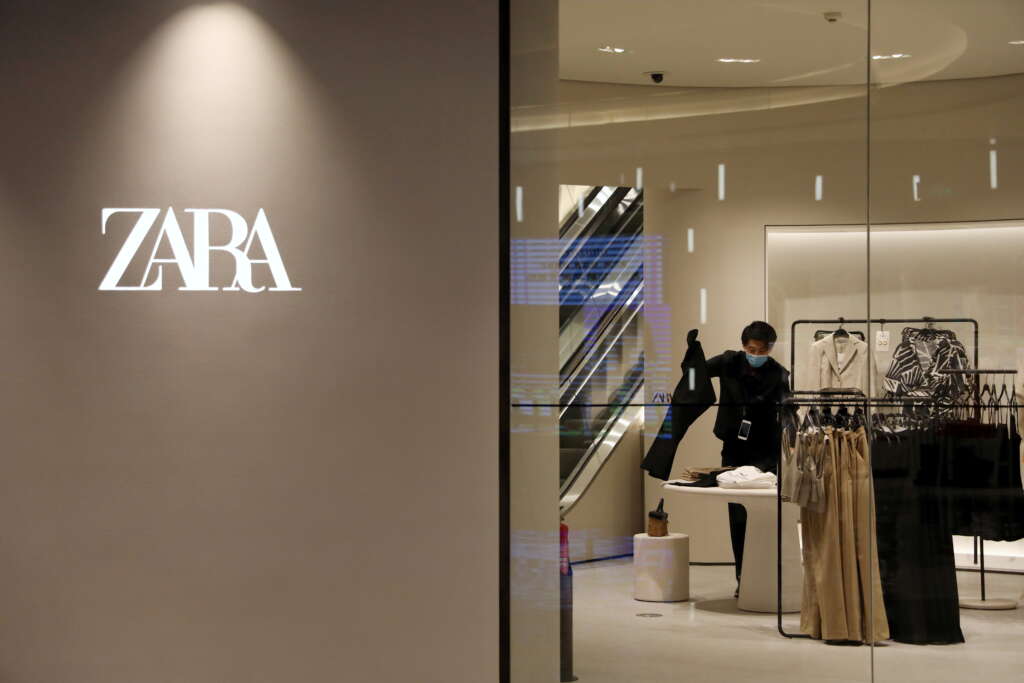 The world’s biggest fashion retailer’s sales bounced back and slightly surpassed the level seen before the pandemic as most stores reopened and people rushed to renew their wardrobe after store closures imposed to curb the spread of the virus.

Swedish rival H&M, the world’s second-biggest fashion retailer, on Wednesday said sales grew less than expected from a year ago in the three months through August, and remained lodged below pre-pandemic levels.

Although fashion retailers are recovering from the impact of the pandemic, the recent spread of the Delta variant of the coronavirus means some restrictions have been reintroduced, while many industries face supply problems due to a shipping container shortage and other bottlenecks.

Inditex said sales accelerated in the May-July period to 6.99 billion euros, 7% higher than in the same period in 2019, as shoppers started buying clothes again for summer social events to enjoy their new freedoms made possible by vaccination campaigns.

The sales during the second quarter were in line with the 7.02 billion euros expected by analysts polled by Refinitiv.

Inditex said shop and online sales at constant exchange rates between August and the first week of September were 22% higher than a year ago and 9% higher than in the same period of 2019.

Analysts said consumers have shifted their spending recently to focus on fashion workwear as big cities slowly return to normality and most lockdowns are lifted, a trend which is benefiting large fashion retailers such as the Inditex brands.

During the pandemic, Inditex strengthened its digital retail platform and shut its smaller outlets worldwide in favour of expanding flagship stores able to function as mini distribution hubs.

Inditex said 99% of all of its stores have reopened and is currently operating 6,654 stores worldwide compared with 7,337 stores a year ago.

Inditex online sales rose 36% in the first half compared with the same period in 2020, when restrictions on mobility in key markets including Britain, Germany and France forced shoppers to buy from home.

The company expects online sales to exceed 25% of total sales this year and will launch a men’s sports collection under the name Zara Athleticz at the end of September.

Earnings before interest, tax, depreciation and amortisation (EBITDA) increased 109% to 3.1 billion euros, closed to the 3.4 billion reported in 2019.

The Six Benefits of Adopting ESG When You’re...

CleverConnect and Talentry join forces to become the...

June 10, 2022
Editorial & Advertiser disclosureEditorial & Advertiser disclosureOur website provides you with information, news, press releases, Opinion and advertorials on various financial products and services. This is not to be considered as financial advice and should be considered only for information purposes. We cannot guarantee the accuracy or applicability of any information provided with respect to your individual or personal circumstances. Please seek Professional advice from a qualified professional before making any financial decisions. We link to various third party websites, affiliate sales networks, and may link to our advertising partners websites. Though we are tied up with various advertising and affiliate networks, this does not affect our analysis or opinion. When you view or click on certain links available on our articles, our partners may compensate us for displaying the content to you, or make a purchase or fill a form. This will not incur any additional charges to you. To make things simpler for you to identity or distinguish sponsored articles or links, you may consider all articles or links hosted on our site as a partner endorsed link.