Home Business What happened to innovation during Covid-19 fight or flight mode?
Business

What happened to innovation during Covid-19 fight or flight mode? 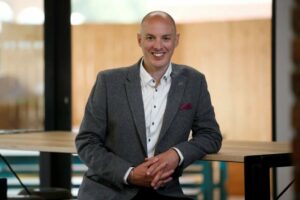 Even the most seasoned leaders who have weathered several storms throughout their careers, could not have foreseen the events of 2020. The Covid-19 pandemic sent shockwaves through businesses in a whole manner of industries – shifting supply, demand, operating models and revenue streams, practically overnight. Many landscapes changed faster in weeks than they had in decades, particularly in relation to working locations, public transport usage and shopping habits.

In fact, everything – how we work, save, socialise, shop and spend – changed. And the hunger for survival kicked in.

In a bid to protect their companies, the majority of business leaders reverted to the basics of ‘cash is king’, with many also striving to become as streamlined as possible. Some no doubt made ‘spur of the moment’ decisions that they may have already come to regret.

This attention on the short-term was entirely understandable. After all, businesses can’t innovate unless they have a solid basis upon which to grow. However, another key element of survival – among people and businesses – is their ability to adapt. Which is when, upon taking a longer-term view, this stifling reluctance to innovate has proved itself to be worrying.

Of course, we did see fantastic examples of firms pivoting when the pandemic hit – and for some it has proved to be the very making of their organisations. As such, the bravery of these agile businesses – large and small – should be commended. But the stark reality remains, there are not enough companies willing to be bold, to push boundaries — or indeed, with their eye on the long game.

An interesting Ernst & Young article highlighted several months ago that the economic recovery is likely to be slow and uneven. It will be difficult for many. But organisations with quick reflexes can be resilient here. Those who adapt well, won’t just survive – they’ll thrive.

The report stated: “The pandemic has presented us with a chance as much as a challenge: a chance to segue from a growth economy to a value-based economy, marked by prioritizing long-term value and the needs of multiple stakeholders over short-term growth.”

So where does the answer lie?

Waiting for the certainty of a ‘new normal’, is risky. Incubating some transformative ideas now, is savvy.

Innovation means different things to different organisations, of course – influenced, not least, by the scale of the problem faced and the ease with which a solution can be defined. But Harvard defines innovation as existing in four categories – and it is imperative that one is present within the fabric of any business.

Sustaining innovation sees organisations improving their existing capabilities in a familiar market, and is therefore most common. Road mapping, R&D and acquisitions all aid progress here.

Disruptive innovation, on the other hand, requires businesses to deliver what people want with less, which requires not just product innovation, but business model evolution too. Pubs and restaurants switching to a takeaway service, is a good example of this.

Then there is breakthrough innovation, which surfaces when the problem is well defined but hard to solve. This requires the exploration of unconventional skill domains and is often typified by Skunk Works and mavericks. It is high risk, but high reward, if successful.

And lastly basic research, which is used when the problem and solutions are not well defined. Naturally, partnering with areas of knowledge such as academic research or tech hubs, helps turn a concept into a potentially profitable venture, but again the risk is high.

Some companies will only need to make small adaptations, whereas for others, a more significant shift is required. The advice here cannot therefore be all-encompassing. However, the danger of only piecemeal change is that it may not be enough, where markets have shifted so dramatically.

There is no magic answer, but business leaders cannot innovate alone. What they can do, is create an environment conducive to innovation – a mechanism to create and contribute ideas, without hierarchy, and crucially, implement them. Surveys, challenges and partnerships could all help in this respect.

The aim of all of this, is to heighten the strategic agility of any business. And this is more imperative now than ever.

Dollar eases from near 1-month high as Fed, Evergrande eyed