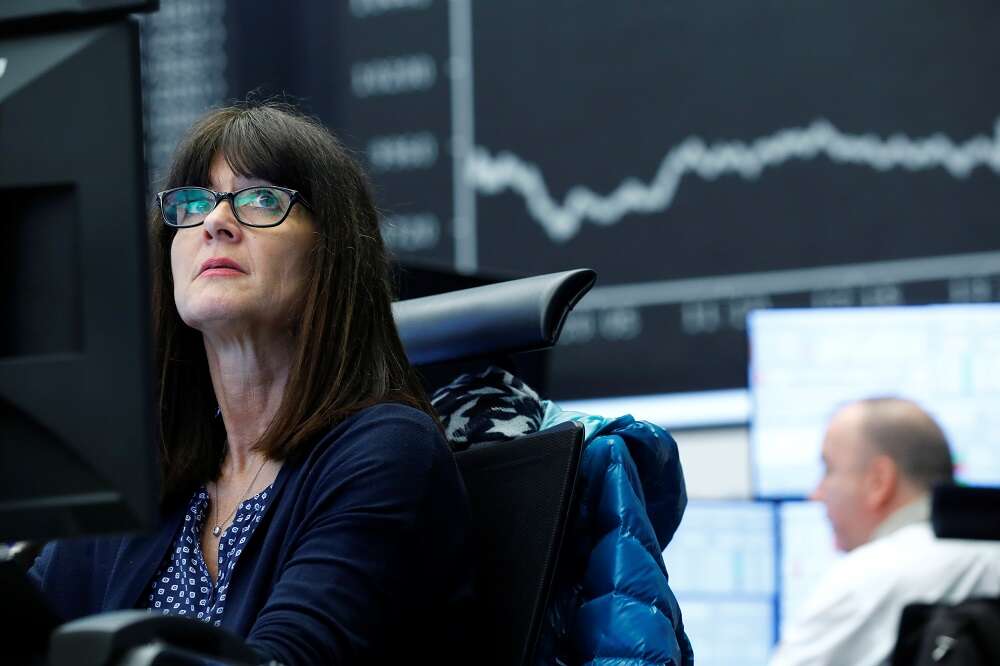 LONDON (Reuters) – U.S. stock futures were indicating a lower open on Friday following a slide in the previous session on U.S. rate hike expectations, though the rate outlook briefly drove the dollar to its highest in 20 years.

Asian stocks fell on worries about the hit to growth from China’s zero-COVID policy.

The U.S. currency was finding favour after the Federal Reserve raised rates by 50 basis points this week. The market is pricing in a more than 90% chance of a 75 bps hike in June, according to Refinitiv data.

U.S. payrolls data due later on Friday will help traders gauge the strength of the U.S. economy. Economists polled by Reuters predicted the data would show the United States created 391,000 new jobs in April, versus 431,000 a month earlier.

“The trend is still for a strong and very tight labour market, which is feeding into wage increases and is an issue for inflation longer term,” said Gergely Majoros, a member of the investment committee at asset manager Carmignac. This made it hard for the Fed to keep prices stable, he added. “Job creation is still too hot for the Fed to achieve its mandate.” U.S. stock index futures dropped 0.29% after the Dow Jones Industrial Average and the S&P 500 both slid more than 3% overnight, and the Nasdaq Composite shed 4.99% in its biggest single-day plunge since June 2020. [.N] European stocks fell 1.14% to their lowest since mid-March and were heading towards their worst week in two months. Britain’s FTSE dropped 0.73%.

MSCI’s world equity index fell 0.35%, approaching its lowest since Feb 2021. The dollar hit a 20-year high of 104.06 against an index of currencies before trimming gains.

The European Central Bank should raise its deposit rate back into positive territory this year, French central bank chief Francois Villeroy de Galhau said on Friday, comments that point to his support for at least three rate hikes in 2022. Sterling fell to its lowest against the dollar in nearly two years after dropping 2.2% on Thursday. The Bank of England raised rates by 25 basis points on Thursday as expected, but two policy makers expressed caution about rushing into future rate hikes. Bond yields are also rising on expectations of a fast pace of rate hikes. The yield on U.S. 10-year notes was last 3.0828% after crossing 3.1% overnight for the first time since November 2018. [US/] Germany’s 10-year government bond yield rose to 1.082%, its highest since 2014.

“We see the Ukraine war reducing global growth and increasing inflation, mostly via higher energy costs,” BlackRock analysts said. MSCI’s broadest index of Asia-Pacific shares outside Japan shed 2.69% and hit its lowest level since March 16, the day when Chinese vice premier Liu He boosted shares by pledging to support markets and the economy. The benchmark is down 4% from last Friday’s close, which would be its worst week since mid-March. Japan’s Nikkei bucked the trend, rising 0.69% on its return from a three-day holiday. Chinese blue chips lost 2.53%, the Hong Kong benchmark fell 3.89% and China’s yuan tumbled to an 18-month low in both onshore and offshore markets. China will fight any comments and actions that distort, doubt or deny the country’s COVID-19 response policy, state television reported on Thursday, after a meeting of the country’s highest decision-making body. Investors said that appeared to rule out any easing in the zero-COVID policy, which is slowing Chinese economic growth and snarling global supply chains. “The silver lining is the expectation that new Chinese fiscal measures could come out over the weekend,” said Dickie Wong, director of research at Hong Kong brokerage Kingston Securities. Oil prices climbed for a third straight session, shrugging off concerns about global economic growth as impending European Union sanctions on Russian oil raised the prospect of tighter supply. Brent futures jumped 2.16% to $113.25 a barrel. U.S. crude climbed 2% to $110.41 a barrel. [O/R]

(Additional reporting by Alun John in Hong Kong and Sujata Rao in London; Editing by Andrew Heavens and Chizu Nomiyama)

May 5, 2022
Editorial & Advertiser disclosureEditorial & Advertiser disclosureOur website provides you with information, news, press releases, Opinion and advertorials on various financial products and services. This is not to be considered as financial advice and should be considered only for information purposes. We cannot guarantee the accuracy or applicability of any information provided with respect to your individual or personal circumstances. Please seek Professional advice from a qualified professional before making any financial decisions. We link to various third party websites, affiliate sales networks, and may link to our advertising partners websites. Though we are tied up with various advertising and affiliate networks, this does not affect our analysis or opinion. When you view or click on certain links available on our articles, our partners may compensate us for displaying the content to you, or make a purchase or fill a form. This will not incur any additional charges to you. To make things simpler for you to identity or distinguish sponsored articles or links, you may consider all articles or links hosted on our site as a partner endorsed link.