Home Business Stocks slide, oil jumps as Russia orders troops to Ukraine regions
Our website publishes news, press releases, opinion and advertorials on various financial organizations, products and services which are commissioned from various Companies, Organizations, PR agencies, Bloggers etc. These commissioned articles are commercial in nature. This is not to be considered as financial advice and should be considered only for information purposes. It does not reflect the views or opinion of our website and is not to be considered an endorsement or a recommendation. We cannot guarantee the accuracy or applicability of any information provided with respect to your individual or personal circumstances. Please seek Professional advice from a qualified professional before making any financial decisions. We link to various third-party websites, affiliate sales networks, and to our advertising partners websites. When you view or click on certain links available on our articles, our partners may compensate us for displaying the content to you or make a purchase or fill a form. This will not incur any additional charges to you. To make things simpler for you to identity or distinguish advertised or sponsored articles or links, you may consider all articles or links hosted on our site as a commercial article placement. We will not be responsible for any loss you may suffer as a result of any omission or inaccuracy on the website.
Business 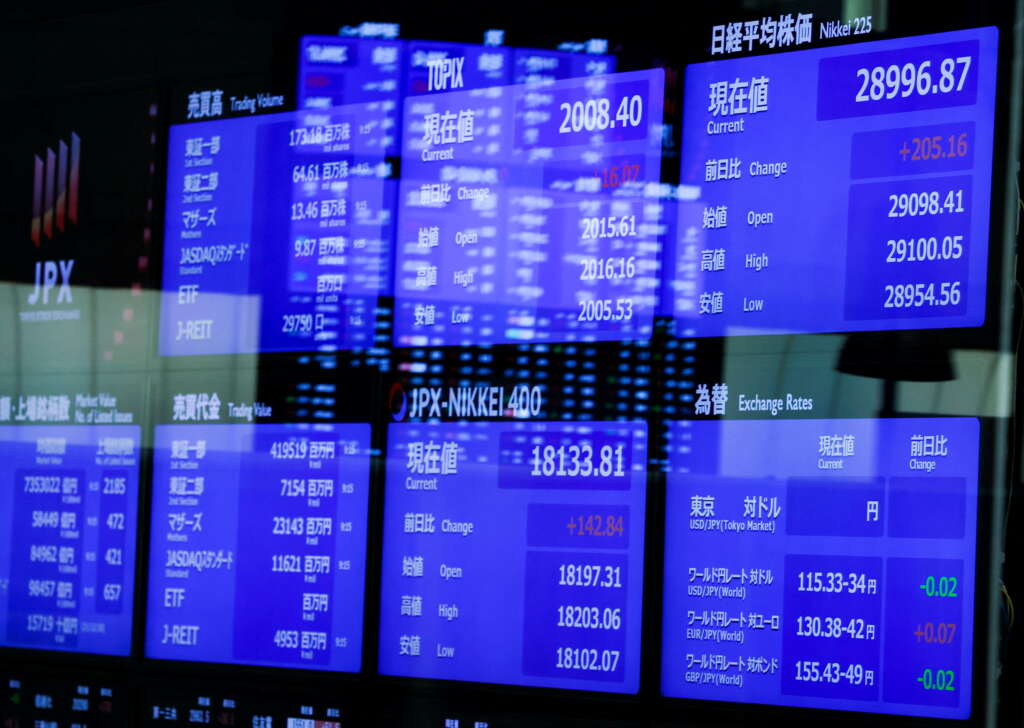 By Tom Westbrook and Xie Yu

In contrast, Brent crude futures rose 2% to $97.21, touching a new seven-year high on worries Russia’s energy exports could get disrupted, and spot gold hit a new six-month top of $1,911.56. [GOL/]

Putin on Monday recognised two breakaway regions in eastern Ukraine as independent and ordered the Russian army to launch what Moscow called a peacekeeping operation into the area, upping the ante in a crisis that could unleash a major war.

Washington and European capitals condemned the move, vowing new sanctions. Ukraine’s foreign minister said he had been assured of a “resolute and united” response from the European Union.

However, a Biden administration official said Russia’s move did not as yet constitute a “further invasion” that would trigger a broader sanctions package, as it was not a departure from what Russia had done already.

Following Russia’s latest move “we are much closer to military intervention, which of course is going to drive a lot of the risk off sentiment in the markets,” said Carlos Casanova, senior Asia economist at UBP, adding the short term volatility in markets caused by both geopolitical factors and the U.S. Federal Reserve was ‘relentless’.

Casanova said the consequences would be higher oil prices, an equity sell off, and people flocking to safe haven assets like the Japanese yen.

In Hong Kong, shares of Russian aluminium producer OK Rusal plunged as much as 22.1% to HK$6.18, their biggest daily percentage decline since April 2018.

Away from Russia, and not helping the Hong Kong market, Hong Kong-listed Chinese tech stocks fell 2.25%, with heavyweights Tencent and Alibaba both hit by speculation about a new wave of regulatory scrutiny.

In currency markets, the yen rose as much as 0.2% in Asia to a nearly three-week high of 114.50 per dollar, before paring its gains.

The nerves also drove U.S. Treasury yields lower, with benchmark 10-year Treasury yields diving as much as 5.5 basis points to 1.8715%. Bets on Federal Reserve rate hikes also eased and the chance of a 50-bp hike next month fell below 1-in-5.

U.S. policy makers have been sparring publicly about how aggressively to begin tightening.

Federal Reserve Governor Michelle Bowman said on Monday that she will assess incoming economic data over the next three weeks in deciding whether a half percentage point interest rate rise is needed at the central bank’s next meeting in March.

Oil climbs on growing fears of conflict over Ukraine