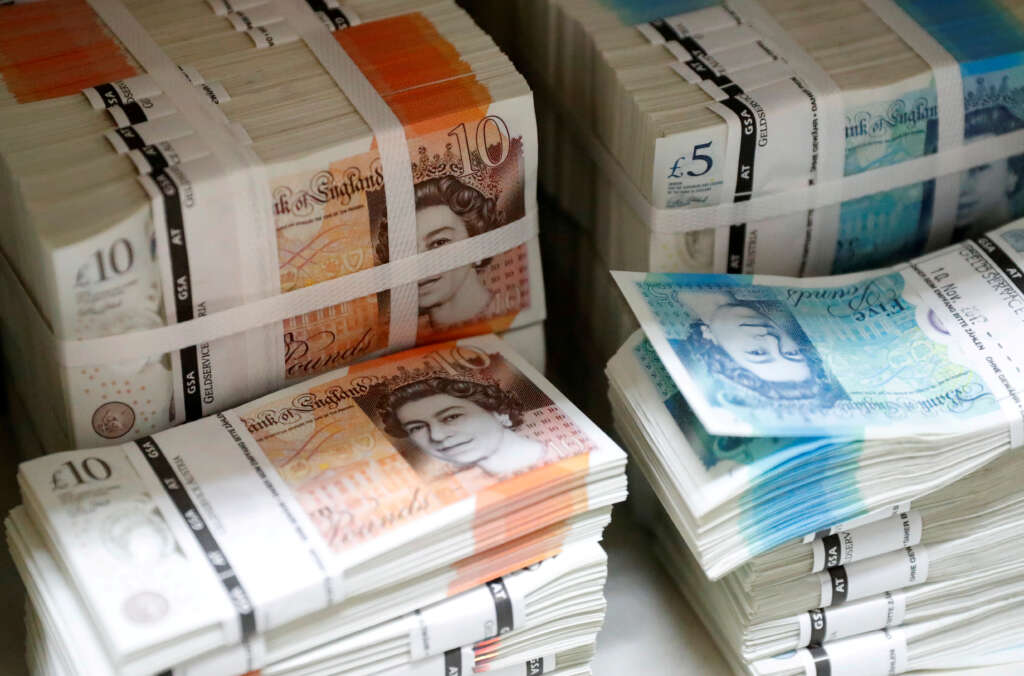 LONDON (Reuters) -The British pound edged higher against the euro on Wednesday after the European Union agreed to extend an exemption on customs checks on chilled meat shipments to Northern Ireland that have strained relations.

In a move designed to ease post-Brexit tensions between Britain and the EU, the EU agreed to extent the grace period which was otherwise due to end on July 1 by three months.

Currency analysts say that the post-Brexit dispute between Britain and the EU, dubbed the “sausage row”, has had little impact on the pound so far.

After the U.S. Federal Reserve’s surprise hawkish shift on June 16, the dollar has broadly strengthened, hurting the pound.

Euro-sterling implied volatility gauges with one-month maturities were close to their lowest since mid-2019.

“Sterling has had a tough week since the Bank of England meeting last week, and was heavily sold in the last few days though the biggest move was against dollar which had been strengthening across the board itself as we head towards month- / quarter- / half year-end,” said John Goldie, FX dealer at Argentex.

But Goldie said that he expects sterling to reclaim the $1.40 level “sooner rather than later” as the two central bank meetings were not enough to justify a continued move lower.

Investors are facing uncertainty over the spread of the Delta variant of COVID-19 in Britain, which this month forced the government to delay a full reopening of the economy.

The UK recorded its highest number COVID-19 cases since Jan. 29 on Wednesday.

But the government has said it now expects to fully reopen pubs, restaurants, nightclubs and other hospitality venues on July 19.

British stocks, bonds and the pound are expected to enjoy more inflows in the coming quarters, BofA said on Wednesday, with the country’s net portfolio balance recording a 120-billion-pound inflow in the first quarter, the largest since 2008.

Bounce Back Loans: what to do if you can’t repay?

Global shares fall on pandemic fears ahead of jobs report

May 6, 2022
Editorial & Advertiser disclosureEditorial & Advertiser disclosureOur website provides you with information, news, press releases, Opinion and advertorials on various financial products and services. This is not to be considered as financial advice and should be considered only for information purposes. We cannot guarantee the accuracy or applicability of any information provided with respect to your individual or personal circumstances. Please seek Professional advice from a qualified professional before making any financial decisions. We link to various third party websites, affiliate sales networks, and may link to our advertising partners websites. Though we are tied up with various advertising and affiliate networks, this does not affect our analysis or opinion. When you view or click on certain links available on our articles, our partners may compensate us for displaying the content to you, or make a purchase or fill a form. This will not incur any additional charges to you. To make things simpler for you to identity or distinguish sponsored articles or links, you may consider all articles or links hosted on our site as a partner endorsed link.