Our website publishes news, press releases, opinion and advertorials on various financial organizations, products and services which are commissioned from various Companies, Organizations, PR agencies, Bloggers etc. These commissioned articles are commercial in nature. This is not to be considered as financial advice and should be considered only for information purposes. It does not reflect the views or opinion of our website and is not to be considered an endorsement or a recommendation. We cannot guarantee the accuracy or applicability of any information provided with respect to your individual or personal circumstances. Please seek Professional advice from a qualified professional before making any financial decisions. We link to various third-party websites, affiliate sales networks, and to our advertising partners websites. When you view or click on certain links available on our articles, our partners may compensate us for displaying the content to you or make a purchase or fill a form. This will not incur any additional charges to you. To make things simpler for you to identity or distinguish advertised or sponsored articles or links, you may consider all articles or links hosted on our site as a commercial article placement. We will not be responsible for any loss you may suffer as a result of any omission or inaccuracy on the website.
Home Finance Shares slip, yields rise as U.S. data sparks rate hike concerns
Finance 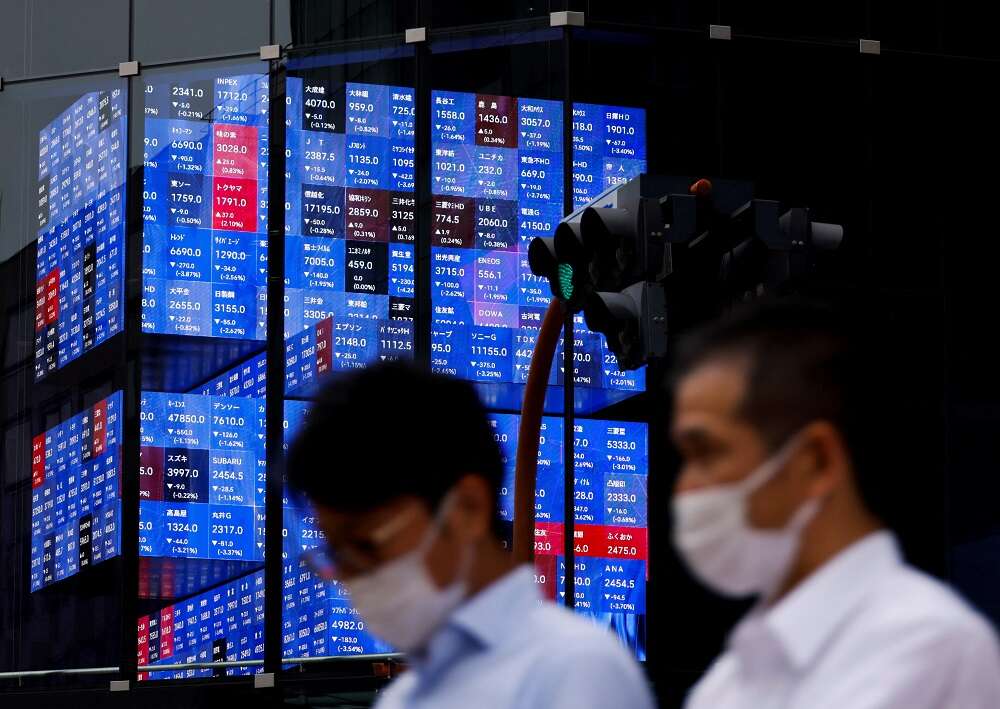 By Herbert Lash and Elizabeth Howcroft

U.S. services industry activity unexpectedly picked up in November, with employment rebounding, in the latest sign of underlying economic momentum that likely will keep the Federal Reserve’s monetary policy tight as it fights high inflation.

The Institute for Supply Management (ISM) said its non-manufacturing PMI increased to 56.5 last month from 54.4 in October, which was the lowest reading since May 2020.

“Good news on the economy is bad news for inflation, whether that’s China opening up or lower gasoline prices.”

Asian shares rose on hopes that China’s steps to ease its zero-COVID policy would support global growth and increase commodity demand. But the ISM report on top of last week’s strong U.S. jobs data unnerved investors as they try to assess when the Fed will eventually ease its tightening cycle.

MSCI’s broadest index of Asia-Pacific shares outside Japan closed 1.38% higher, but MSCI’s gauge of stocks across the globe shed 0.61%.

Treasury yields rose on expectations the Fed will continue to raise rates well into next year, though at a slower pace.

The dollar rose against the pound and the yen after the strong ISM data for November.

“We expect that growth will take the place of inflation as the main market focus at some point in the not-too-distant future,” said Geraldine Sundstrom, a portfolio manager at PIMCO, in emailed comments.

“Central bank rhetoric is starting to point in that direction, but we won’t know for sure until peak inflation is solidly in the review mirror.”

The Group of Seven price cap on Russian seaborne oil came into force on Monday as the West tries to limit Moscow’s ability to finance its war in Ukraine. Russia has said it will not abide by the measure even if it has to cut production.

Historic crown to be modified for King Charles’s coronation

Investors go back to basics with simpler self-driving...