Our website publishes news, press releases, opinion and advertorials on various financial organizations, products and services which are commissioned from various Companies, Organizations, PR agencies, Bloggers etc. These commissioned articles are commercial in nature. This is not to be considered as financial advice and should be considered only for information purposes. It does not reflect the views or opinion of our website and is not to be considered an endorsement or a recommendation. We cannot guarantee the accuracy or applicability of any information provided with respect to your individual or personal circumstances. Please seek Professional advice from a qualified professional before making any financial decisions. We link to various third-party websites, affiliate sales networks, and to our advertising partners websites. When you view or click on certain links available on our articles, our partners may compensate us for displaying the content to you or make a purchase or fill a form. This will not incur any additional charges to you. To make things simpler for you to identity or distinguish advertised or sponsored articles or links, you may consider all articles or links hosted on our site as a commercial article placement. We will not be responsible for any loss you may suffer as a result of any omission or inaccuracy on the website.
Home Finance Irish corporate tax boom breaks more records in November
Finance 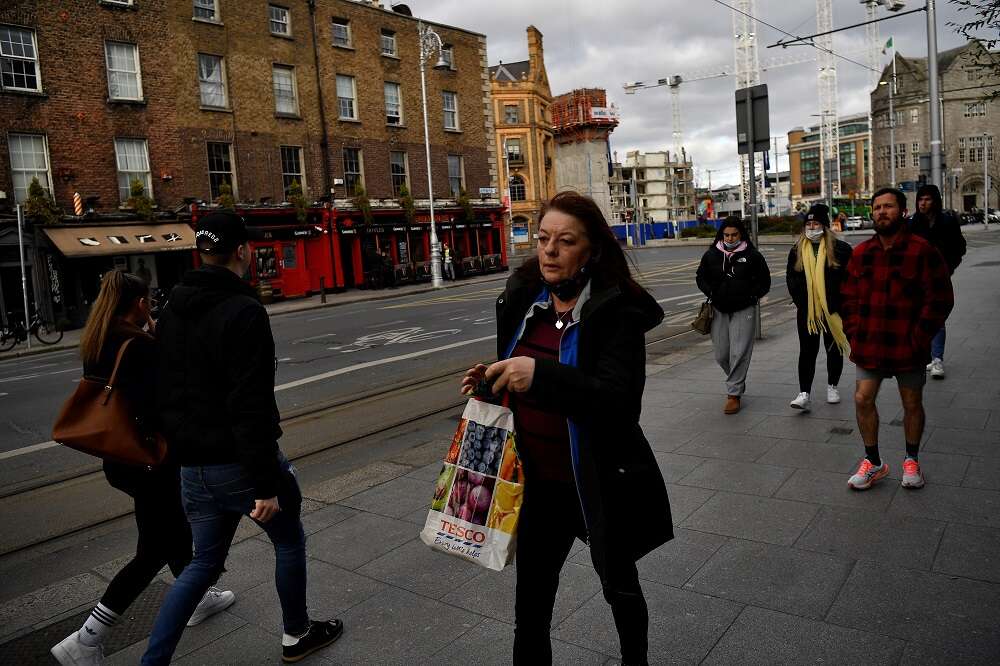 DUBLIN (Reuters) – Ireland took in more corporate tax in November than it used to collect in entire years a decade ago, as a recent boom in receipts from multinationals picked up more pace to push the total tax take 25% higher year-to-date.

The treasury took 5 billion euros ($5.24 billion) last month, mostly from a small number of large companies whose European headquarters are in Ireland. That lifted the total corporate receipts so far this year to 21.1 billion euros, up 56% from the same point last year.

The November total was more than the 4.6 billion euros of corporate receipts collected for the whole of 2014. The total so far this year has already far eclipsed the previous annual record of 15.3 billion euros recorded in 2021.

The finance ministry reiterated that some of the receipts are expected to be one-off and will not happen again next year. It has also warned that recent lay-offs in Ireland’s large multinational tech sector could signal a dip in profitability and therefore corporate tax payments for some firms.

November was also another strong month for income tax and VAT, the other largest categories.

Income tax receipts of 4.4 billion euros were up 16% year-on-year, which the finance ministry said reflected continued increases in earnings as well as the strength of self-employed income, much of which is paid in November.

VAT receipts for the month were up 19% year-on-year, reflecting the recovery in consumption as well as higher prices.

Total government expenditure so far this year was marginally lower than in 2021, contributing to a budget surplus of 12.1 billion euros at the end of October, compared with a 1.5 billion euro deficit a year ago.

The finance ministry said the end-year surplus will be much lower as December is the largest month for expenditure and will include further government assistance to help consumers with rising prices.

Its most recent forecast is for a budget surplus of 0.4% of gross national income for 2022.

Pfizer to invest more than $2.5 billion to expand European manufacturing

Investors go back to basics with simpler self-driving...