Home Headlines Germany’s 10-year yield drops below 1% as growth fears in focus
Our website publishes news, press releases, opinion and advertorials on various financial organizations, products and services which are commissioned from various Companies, Organizations, PR agencies, Bloggers etc. These commissioned articles are commercial in nature. This is not to be considered as financial advice and should be considered only for information purposes. It does not reflect the views or opinion of our website and is not to be considered an endorsement or a recommendation. We cannot guarantee the accuracy or applicability of any information provided with respect to your individual or personal circumstances. Please seek Professional advice from a qualified professional before making any financial decisions. We link to various third-party websites, affiliate sales networks, and to our advertising partners websites. When you view or click on certain links available on our articles, our partners may compensate us for displaying the content to you or make a purchase or fill a form. This will not incur any additional charges to you. To make things simpler for you to identity or distinguish advertised or sponsored articles or links, you may consider all articles or links hosted on our site as a commercial article placement. We will not be responsible for any loss you may suffer as a result of any omission or inaccuracy on the website.
Headlines 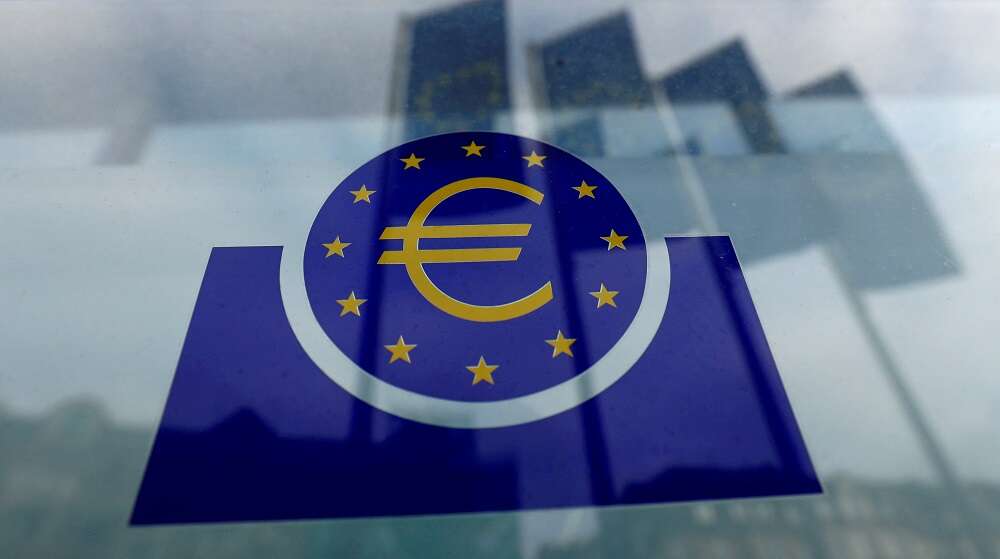 (Reuters) – Germany’s 10-year bond yield fell below the closely watched 1% level on Thursday as a slump in U.S. stocks a day earlier brought growth fears back into focus.

European markets followed a sell-off in U.S. equities and a sharp drop in Treasury yields on Wednesday, when retailer Target lost around a quarter of its stock market value, highlighting worries about the U.S. economy given surging prices.

The two-year yield, sensitive to interest rate expectations, was down 2 bps to 0.34%.

That flattened the two-year/10-year segment of Germany’s yield curve another 5 bps to 59 bps.

The curve has flattened sharply this week, similar to moves in the U.S., in another sign of growth concerns.

Investors scaled back their bets on rate hikes from the European Central Bank slightly, now expecting around 105 bps of hikes by year-end, compared to 110 bps on Wednesday.

“It’s a catch-up with the decline in equities in the U.S. that carried on post-European market close and the decline in Treasury yields that also carried on,” said Lyn Graham-Taylor, senior rates strategist at Rabobank.

“The interesting dynamic here that shows you the focus on the negative growth side is that you’re actually seeing peripherals widen and some pricing out of the ECB hike expectations… It shows it’s a growth-led move,” he added.

Italy’s 10-year yield dropped 5 bps on the day on Thursday, widening the closely watched risk premium over German bonds to 196 bps, from 192 bps on Wednesday.

Growth concerns also hit corporate bonds, sending Markit’s iTraxx Europe crossover CDS index, which effectively measures the cost of insuring against defaults on a basket of underlying high-yield bonds, to the highest since May 2020 at 493 bps.

The main index, which measures the cost of insuring exposure to investment-grade corporate bonds, rose above 100 bps to the highest since April 2020.

Elsewhere, the three-month Euribor interbank borrowing rate has risen 5.5 basis points this week, the biggest weekly jump since the height of market panic over the COVID-19 pandemic in April 2020, which had tightened financial conditions.

“A rate hike by the ECB at the July meeting is very likely… This will lift eurozone money market rates, which will rise, due to monetary policy, for the first time since April 2011,” said Luca Cazzulani, head of strategy research at UniCredit.

Investors are now turning their focus to the European Central Bank’s April meeting minutes due at 1230 GMT.

While ECB communication has moved rapidly, with policymakers calling publicly for a positive policy rate this year and one not ruling out a 50 basis-point rate hike, the minutes may provide clues to how much the ECB might frontload rate hikes and any signs of a tool to contain market fragmentation, analysts said.

NATO does not plan nuclear arms or bases in Finland, PM tells paper

Going beyond its guidance on Russian gas payments is not ‘advisable,’ EU says