Home Headlines Europe’s banks brace for Russia fallout while U.S. banks see limited pain
Our website publishes news, press releases, opinion and advertorials on various financial organizations, products and services which are commissioned from various Companies, Organizations, PR agencies, Bloggers etc. These commissioned articles are commercial in nature. This is not to be considered as financial advice and should be considered only for information purposes. It does not reflect the views or opinion of our website and is not to be considered an endorsement or a recommendation. We cannot guarantee the accuracy or applicability of any information provided with respect to your individual or personal circumstances. Please seek Professional advice from a qualified professional before making any financial decisions. We link to various third-party websites, affiliate sales networks, and to our advertising partners websites. When you view or click on certain links available on our articles, our partners may compensate us for displaying the content to you or make a purchase or fill a form. This will not incur any additional charges to you. To make things simpler for you to identity or distinguish advertised or sponsored articles or links, you may consider all articles or links hosted on our site as a commercial article placement. We will not be responsible for any loss you may suffer as a result of any omission or inaccuracy on the website.
Headlines 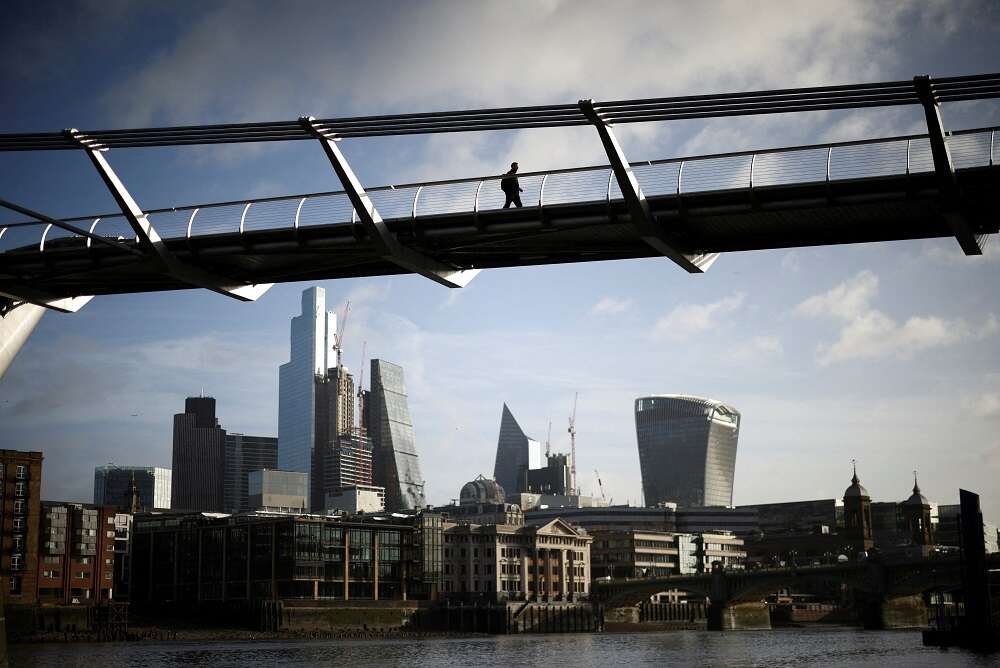 WASHINGTON/VIENNA/LONDON (Reuters) -European banks on Tuesday were bracing for the fallout from fresh global sanctions as the Ukraine crisis escalated, although U.S. bank executives said they expected the industry to be insulated from major disruption after pulling back from Russia in recent years.

Europe’s banks – particularly those in Austria, Italy and France – are the world’s most exposed to Russia, and for weeks have been on high alert should governments impose new sanctions against the country.

Britain was the first on Tuesday to move in retaliation for Russia recognising two breakaway regions of Ukraine and sending troops. Britain hit five banks and three individuals, a relatively mild package that Prime Minister Boris Johnson said allowed him to “reserve further powerful sanctions” for whatever “Putin may do next”.

“This package of sanctions… will hurt Russia, and it will hurt a lot,” the EU’s foreign policy chief Josep Borrell told a news conference.

Then on Tuesday afternoon U.S. President Joe Biden announced sanctions targeting two Russian banks, the country’s sovereign debt, and Russian elites and family members, and warned that Russia would pay an even steeper price if it continued its aggression.

Since Russia’s annexation of Crimea in 2014, the United States and European Union have blacklisted specific individuals, sought to limit Russia’s state-owned financial institutions’ access to Western capital markets, and imposed bans on weapons trade and other limits on the trade of technology, such as that for the oil sector.

That caused banks, particularly in the United States, to reduce their exposure to Russia, making some bankers less concerned about the threat of sanctions on their business and more focused on the market impact of geopolitical tensions.

The boss of HSBC, one of Europe’s largest banks, said on Tuesday “wider contagion” for global markets was a concern, even if the bank’s direct exposure was limited.

U.S. banks, meanwhile, are not expecting global sanctions to have a major impact on American bank businesses or spark contagion risk, given lenders have little exposure to the Russian economy, said four executives familiar with industry thinking.

According to the Bank for International Settlements, U.S. lenders had outstanding claims of just $14.7 billion on Russia in the third quarter of 2021.

U.S. banks and financial industry lobby groups have held meetings with the Biden administration to discuss sanctions in recent days, three of the sources said. One said banks had spent the past 24 hours identifying who might be the potential targets of the sanctions so they could move quickly.

Another said the administration had reached out to executives in the industry before Christmas and had kept banks apprised of its thinking.

This person added that one area of potential concern was the disruption that might be created if the U.S. decides to target Russia’s access to the SWIFT international payment network, although that is seen as unlikely in the near future.

That’s because cutting Russia off from the international payments network could seriously hurt its economy and everyday citizens, and would create enormous complexity and compliance risks for the global banking industry.

RBI, which has significant operations in Russia and Ukraine, said business was now normal, but “in the event of an escalation, the crisis plans that the bank has been preparing over the past few weeks will come into effect”.

Shares in the Austrian bank fell 7.48% on Tuesday.

Dutch lender ING, which has a large presence in Russia, said: “A further escalating conflict could have major negative consequences.”

One Danish pension fund said it would immediately halt new Russian investments in the wake of Putin’s move into Ukraine.

With several jurisdictions rolling out new sanctions, bankers said they hoped governments would coordinate as they drafted the fine print, in order to reduce complexity for the industry.