Our website publishes news, press releases, opinion and advertorials on various financial organizations, products and services which are commissioned from various Companies, Organizations, PR agencies, Bloggers etc. These commissioned articles are commercial in nature. This is not to be considered as financial advice and should be considered only for information purposes. It does not reflect the views or opinion of our website and is not to be considered an endorsement or a recommendation. We cannot guarantee the accuracy or applicability of any information provided with respect to your individual or personal circumstances. Please seek Professional advice from a qualified professional before making any financial decisions. We link to various third-party websites, affiliate sales networks, and to our advertising partners websites. When you view or click on certain links available on our articles, our partners may compensate us for displaying the content to you or make a purchase or fill a form. This will not incur any additional charges to you. To make things simpler for you to identity or distinguish advertised or sponsored articles or links, you may consider all articles or links hosted on our site as a commercial article placement. We will not be responsible for any loss you may suffer as a result of any omission or inaccuracy on the website.
Home News European Central Bank to raise deposit rate to 3.25% by mid-year: Reuters poll
News 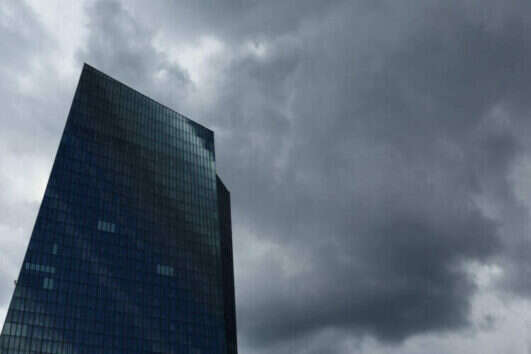 LONDON (Reuters) – The European Central Bank will be more aggressive than previously thought in its tightening campaign, adding another 50 basis points to its deposit rate on Feb. 2, as it continues its battle against rampant inflation, a Reuters poll found.

Although the euro zone’s central bank has been raising rates at its fastest pace on record it has so far failed to bring inflation anywhere near its 2% target. Prices rose 9.2% in December on a year earlier, official data showed last week.

ECB President Christine Lagarde and her Governing Council will take the deposit rate to 2.50% on Feb. 2, said 55 of 59 economists in the Jan. 13-20 poll. They are likely to follow that up with another 50 basis point lift in March.

The central bank will then add 25 basis points next quarter before pausing, giving a terminal rate in the current cycle of 3.25%, its highest since late 2008. In December’s poll, the rate was put at 2.50% at end-March and was seen topping out at 2.75%. (Graphic: Reuters Poll – ECB deposit rate outlook, https://fingfx.thomsonreuters.com/gfx/polling/movakjzjyva/Reuters%20Poll%20-%20ECB%20deposit%20rate%20outlook.png)

Asked how the risks were skewed to their terminal deposit rate forecasts, over two-thirds of respondents, 23 of 33, said it was more likely it ends higher rather than lower than they currently expect.

“The risk is they will actually be as aggressive as they have claimed. Lagarde and others have said they are in for the long haul where we are going to raise rates meeting by meeting in 2023,” said Silke Tober at the Macroeconomic Policy Institute (IMK).

“It’s a very clear risk but I happen to think it would be a mistake.”

The U.S. Federal Reserve, which began raising rates many months before the ECB, is forecast to end its tightening cycle after a 25 basis point hike at each of its next two policy meetings. It is then expected to hold rates steady for at least the rest of the year, according to a recent Reuters poll.

A mild winter so far, falling gas prices and recent positive economic data meant some quarterly growth forecasts were upgraded in the latest poll from a December survey.

Although a technical recession was still predicted – with a 0.2% contraction last quarter and 0.3% in the current one – the economy was now expected to grow 0.1% next quarter rather than flatline. It is forecast to expand 0.3% in the following two quarters, unchanged medians showed.

All but one of the 36 economists who responded to another question said the bloc’s downturn was more likely to be shallower than they expect rather than deeper.

“Not only has the risk of severe, energy-driven recessions diminished markedly but the direction of travel of leading indicators, including our PMI data, signals a rising likelihood of an earlier pick-up in growth than expected,” said Ken Wattret at S&P Global.

Across this year growth was pegged at 0.1%, a turnaround from the 0.1% contraction forecast last month. In 2024 it was expected to grow 1.3%, unchanged from December’s prediction.

(For other stories from the Reuters global long-term economic outlook polls package:)

Mind the Gap: a lack of cyber security...