Our website publishes news, press releases, opinion and advertorials on various financial organizations, products and services which are commissioned from various Companies, Organizations, PR agencies, Bloggers etc. These commissioned articles are commercial in nature. This is not to be considered as financial advice and should be considered only for information purposes. It does not reflect the views or opinion of our website and is not to be considered an endorsement or a recommendation. We cannot guarantee the accuracy or applicability of any information provided with respect to your individual or personal circumstances. Please seek Professional advice from a qualified professional before making any financial decisions. We link to various third-party websites, affiliate sales networks, and to our advertising partners websites. When you view or click on certain links available on our articles, our partners may compensate us for displaying the content to you or make a purchase or fill a form. This will not incur any additional charges to you. To make things simpler for you to identity or distinguish advertised or sponsored articles or links, you may consider all articles or links hosted on our site as a commercial article placement. We will not be responsible for any loss you may suffer as a result of any omission or inaccuracy on the website.
Home Headlines EU seeks deal on law preventing import of deforestation-linked goods
Headlines 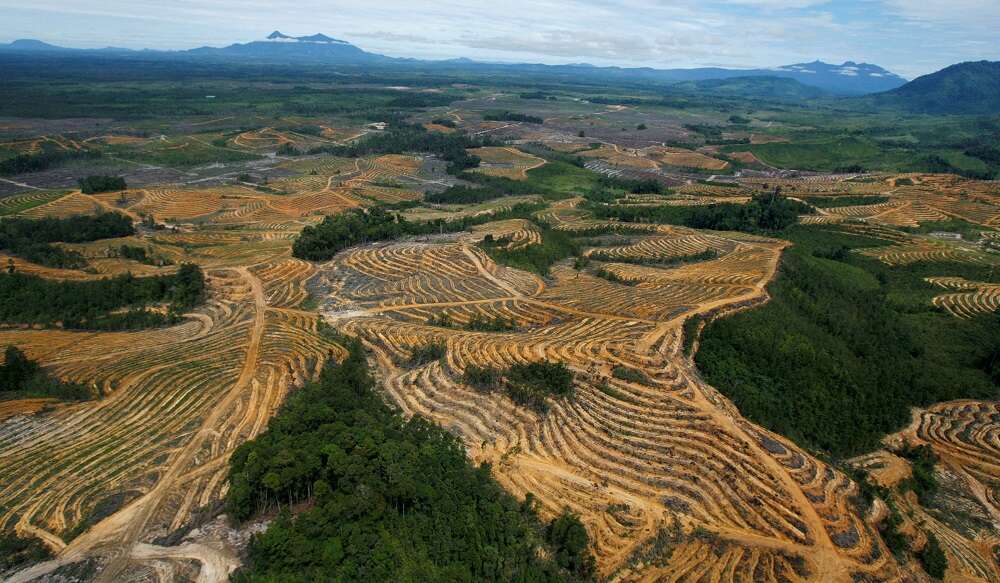 BRUSSELS (Reuters) – The European Union will attempt to clinch a deal on Monday evening on a law to prevent companies from selling into the EU market soy, beef, coffee and other commodities linked to deforestation around the world.

Negotiators from EU countries and the European Parliament hope to finish the new due diligence rules, which would require companies to prove their supply chains are not contributing to the destruction of forests – or face fines.

“The EU is taking responsibility for its own consumption patterns,” EU environment commissioner Virginijus Sinkevicius told Reuters, adding that the legislation would be “transformative” in helping to curb global deforestation.

“The European Union is responsible for around 10% of this global deforestation via our consumption of certain products,” said Parliament’s lead negotiator Christophe Hansen.

Deforestation is a major source of greenhouse gas emissions that drive climate change. The EU is hoping the law will strengthen its position at the U.N.’s COP15 conference this week, where nearly 200 countries will seek a global deal to protect the natural world.

The proposed law would apply to soy, beef, palm oil, wood, cocoa and coffee, and some derived products including leather, chocolate and furniture. EU lawmakers want to add rubber and maize.

The European Commission, which drafts EU laws, proposed that 12 months after the law enters into force, larger companies that place commodities on the EU market would need to show they were not grown on land deforested after 2020. Smaller firms must comply after 24 months.

Companies would need to produce a due diligence statement showing when and where the commodities were produced and “verifiable” information that they are deforestation-free.

Failure to comply could result in fines of up to 4% of a company’s turnover in an EU country, with EU member nations required to check for compliance.

Some countries have criticised the EU plan, with ambassadors from Brazil, Indonesia, Colombia and Malaysia among those who wrote to EU leaders in July calling the rules “punitive in nature”, and burdensome and costly for developing nations.

Sinkevicius said he had visited or spoken with the governments concerned by the law, and the EU would work with countries before the rules kick in to ensure the rules can be implemented

The EU Parliament and EU countries want a commitment that the EU will also produce a bloc-wide strategy to support producer countries in addressing deforestation. This was not in the Commission’s proposal, and some EU officials said it was not clear if it would be in the final deal.

Julia Christian from campaign group Fern said the law’s success would depend on collaboration with producer countries – as well as stronger protections of indigenous peoples’ rights.

“We’re very happy to see it happen, but we need to… use it as a jumping off point for a bigger conversation,” she said.

From boom to bottom and now big change:...